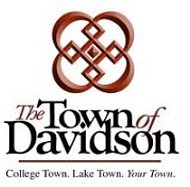 Explore what Davidson has to offer with the links below.

Located on the beautiful shores of Lake Norman, Davidson is a town  in Northern Mecklenburg County.

The population was 10,944 at the 2010 Census.  The town was founded in 1837 with the establishment of the Presbyterian Davidson College, named for Brigadier General William Lee Davidson, a local Revolutionary War hero in Mecklenburg County. The land for Davidson College came from Davidson's estate, a large portion of which was donated by his son.